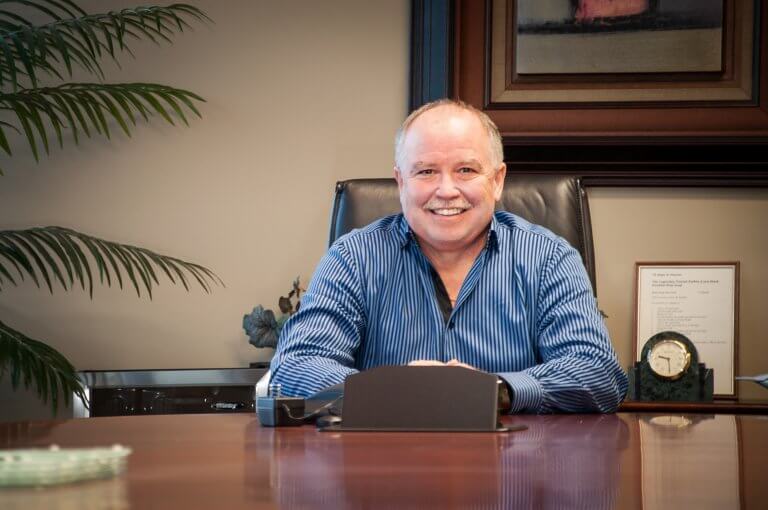 The success and longevity of George Rouault’s career are what industry legends are made of. George has 40 years of experience in the oil and gas industry, 30 of which have been at SFC Energy. He’s always been surefooted, despite the ups and downs of an ever-changing industry. His secret? Stay relevant.

George is SFC’s northern region manager, but he wasn’t always. He started as an outside salesman for a product line that only lasted a year. He then became a Variable Frequency Drive (VFD) specialist, a product that’s still close to his heart. But when George became the northern region manager, he knew his expertise had to expand. “Because I’m out of the remote office, I had to become the specialty guy for all of our products. I’m the SCADA guy, I’m the EFOY guy, I’m the VFD guy, and I’m the instrumentation guy…Which is challenging but keeps it fun,” he says.

Not only has George witnessed innovations and advancements in technology, but he’s also proactively championed the success of certain products. In the mid-90’s SFC developed a progressive cavity pump VFD system that really took off. After that, he teamed up with Foxboro to platform a unique two-phase flow Coriolis Meter that found success in Northern Alberta. Both of these products really established SFC, and George, as a go-to specialist in the industry.

Some of the products George sold towards the beginning of his career are still in use today—and he wouldn’t have it any other way. "I’d have a hard time, if they weren’t the class of products that they are, to still be doing what I’m doing and having a blast doing it. And my customers know. They phone me because they trust me; that I’m not going to sell them something that won’t last,” he says. Adaptability, dependability, and endurance are all traits that George shares with SFC’s products.

After so many prolific years, what comes next? George says his personal goals were reached 20 years ago, so that’s no longer what drives him. Now it’s about true devotion. “Basically I made long term commitments to 3 things: my wife, the company, and my customers. And I’m still here and I’m still relevant, to all three of them—well hopefully to my wife! I know for sure to SFC and my customers,” he says, “That’s what wakes me up in the morning and makes me the first guy at the office after 30 years with SFC and 40 years in the industry.”

George also believes the industry has a bright future and there’s an excitement that comes along with shaping it. “When I started, I was the young guy. I know physically I’m the old guy now, but I still feel young because of all of these innovative young people that’ve entered the industry,” he says. George knows a thing or two about what it takes to make it in the industry. “You’ve got to know your products, trust your products, and be able to deliver that message. If you can do all of those things, you’ll last your entire career,” he says.

And if anyone would know, it’s George Rouault.