DTC - A Motor Control Technique for all Seasons 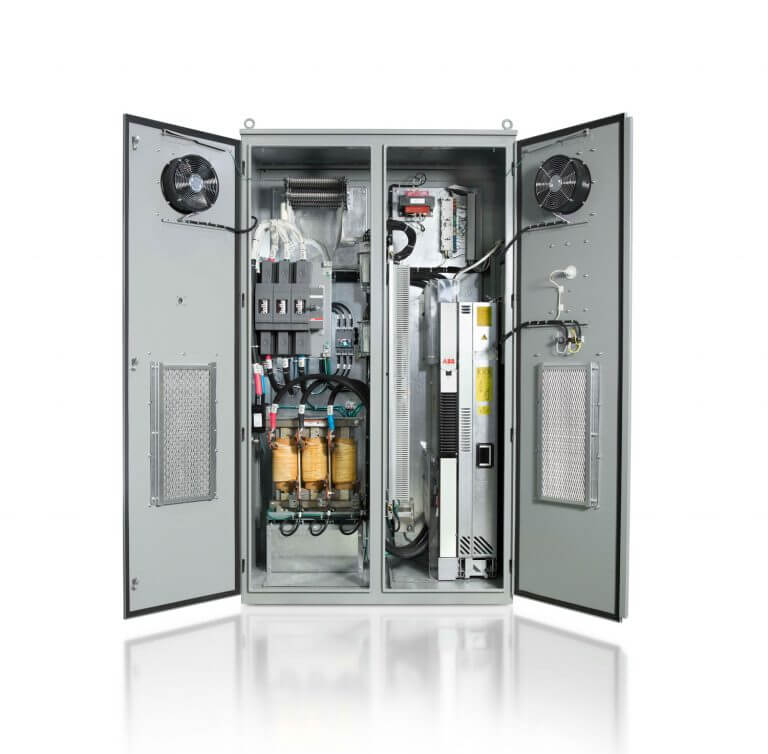 Variable-speed drives (VSDs) have enabled unprecedented performance in electric motors and delivered dramatic energy savings by matching motor speed and torque to actual requirements of the driven load. Most VSDs in the market rely on a modulator stage that conditions voltage and frequency inputs to the motor, but causes inherent time delay in processing control signals. In contrast, the premium VSDs from ABB employ direct torque control (DTC) — an innovative technology originated by ABB — greatly increasing motor torque response. In addition, DTC provides further benefits and has grown into a larger technology brand which includes drive hardware, control software, and numerous system-level features.

Electric motors are often at the spearhead of modern production systems, whether in metal processing lines, robotic machining cells, or building and office automation systems. The motors we see today have certainly benefitted from advances in electric materials, manufacturing efficiencies, and analytical tools. However, their design principles have remained the same for over 100 years in the case of the workhorse asynchronous (or induction) alternating current (AC) motor. Rather, the remarkable performance of these motors in today’s applications comes from modern electronic controls — variable-speed drives (VSDs) — and accurate motor models whose sophisticated control algorithms can be rapidly executed by high-performance digital signal processors. Moreover, the development of VSDs has enabled the use of new AC motor technologies such as permanent magnet synchronous motors and synchronous reluctance motors.

AC induction motors offered simpler, rugged construction, lower cost, and posed fewer maintenance concerns — characteristics that have led to their wide usage with a huge installed base worldwide. On the other hand, control of induction motors proved to be complex. Accurate speed control, and particularly torque control, remained elusive for early AC drives. Naturally the goal of the early designers was to emulate in AC drives the DC drive’s simple control of motor torque by using armature current. Over time, AC drive designs have evolved offering improved dynamic performance.

Most high-performance VSDs in 1980s relied on pulse-width modulation (PWM). However, one consequence of using a modulator stage is the delay and a need to filter the measured currents when executing motor control commands — hence slowing down motor torque response.

In contrast, ABB took a different approach to high- performance AC motor control. AC drives from ABB intended for demanding applications use an innovative technology called direct torque control (DTC). The method directly controls motor torque instead of trying to control the currents analogously to DC drives. This means better accuracy in matching the load requirements of the driven system. Originated by one of the founding companies of ABB and patented in the mid-1980s, DTC further eliminates the need for an extra modulator stage and thus achieves control dynamics that are close to the theoretical maximum.

Want to learn more about DTC and its significant benefits? Download ABB’s whitepaper DTC – A Motor Control Technique for all Seasons:

learn more about the benefits of ABB’s Direct Torque Control