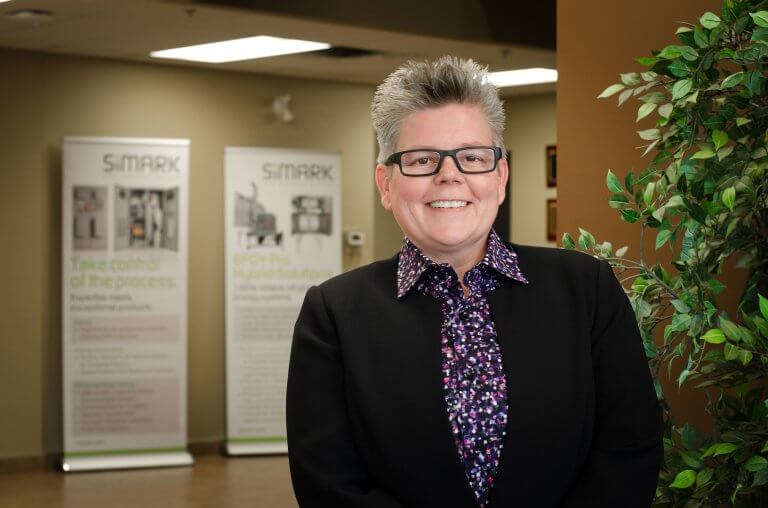 The genesis of Cara Wickstrand’s career path was unlikely and the direction was unexpected, but the career she arrived at has proven to be exactly right.

Cara’s professional life is rooted on the field hockey pitch where she learned about teamwork, discipline and aiming high. She played at a competitive level in high school, representing Alberta at the Canada Games and playing for the first ever Under 18 Canadian Field Hockey Team. Later, she played on the varsity team at the University of Calgary. There, as a fourth-year student working towards an education degree in physical education, Cara tore her ACL, the ligament that stabilizes the knee joint. The injury made it impossible to complete her classes and it set her life on a new course.

Sometimes, a life-changing setback can send a person careening off in the wrong direction, but not for Cara. After a few years of exploring her career options, Cara set herself on the right track. “It’s funny how so few people actually have a linear career path,” she says. “There’s a lot of unexpected steps to get where you’re supposed to be.”

Each and every day, she draws on the teamwork skills and the desire for excellence that helped her succeed as an athlete. She sees a similar motivation to excel in her colleagues.

Not long after she started working for Simark, Cara noticed that the company had a reputation for knowledgeable staff and a deep talent pool. Working with people who set high standards for themselves and who dig deep to help their customers felt like a good fit for Cara. “That quality of work speaks to who I am and things that I’ve always aspired to.” It’s pride she still carries ten years after starting with Simark.

“My mom told me about a t-shirt she saw that said, “There’s a better way. Find it.” I always feel that’s how we (Simark) look at things. We’re not willing to rest on our laurels. I think you just get eaten up by your competition when you’re not looking to innovate.”

Cara says that willingness to innovate and look forward is part of the culture at Simark. Over the years, she done her share of looking forward, moving up through the ranks at Simark from purchaser, to inside sales, to project manager to commercial manager. Ever the team player, whether on the field hockey pitch or in the office, Cara is quick to attribute any success to the group. “None of us can succeed without support,” she says. “You’re really only as good as the people around you.”

Accept all
or Save selection